The story of cement manufacture

Before entering into the detail of each of the five parallel routes, it is essential to provide more background on the industrial context in which these reductions are suggested. In the chapters below, more information is provided on the characteristics of cement, its production process and use and where the sector is now in terms of emission reductions already achieved.

Cement is a fine, soft, powdery-type substance, mainly used to bind fine sand and coarse aggregates together in concrete. Cement is a glue, acting as a hydraulic binder, i.e. it hardens when water is added. Everyone knows the word cement, but it is often confused with concrete or mortar. Cement is a key ingredient in both concrete and mortar, and it is always mixed with other materials before use: 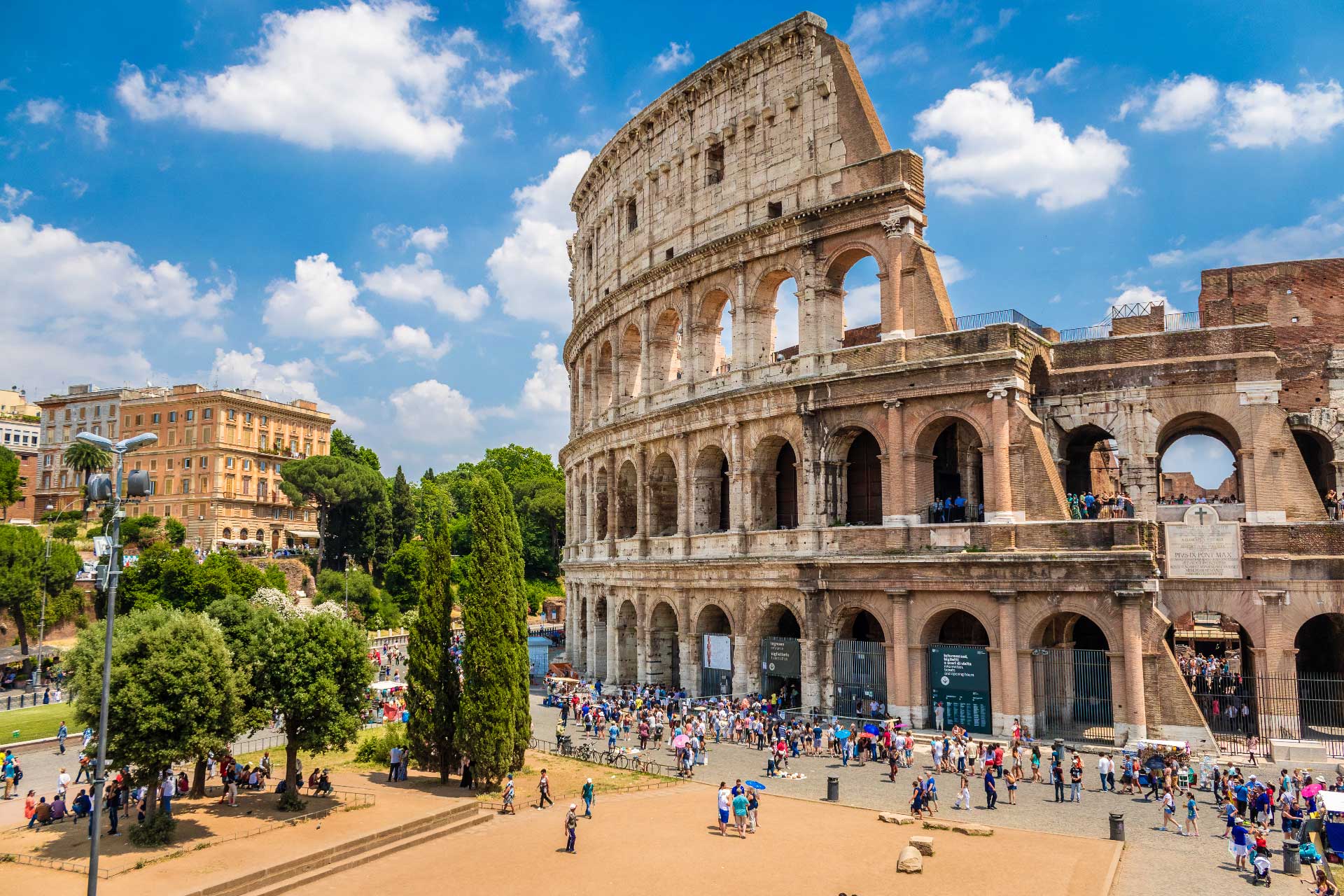 Cement and concrete have been used to build durable structures for quite some time. The Coliseum in Rome, completed in 80 AD, is a good example of how a concrete structure can withstand time. The cement used by the Romans was produced using locally available raw materials, chalk and volcanic ash heated in open fires. The modern version of cement, called Portland cement, was developed back in the early 19th century and has been improved ever since.

Concrete is a mixture of cement, water Aggregates and in some cases a small amount of ingredients called admixtures. Aggregates make up approximately 60-75% of the mixture and cement and water make up the rest. Aggregates are usually inert coarse materials like gravel, crushed stone, sand or recycled concrete. The type of aggregate selected depends on the application of the concrete. Thanks to the special binding properties of cement, concrete is a very resilient, durable material that can bear heavy loads and resist environmental extremes.

An efficient use of cement products and concrete and the end-of-life aspects of these products have a direct impact on the sustainability of concrete. This roadmap will therefore also look into innovative construction methods that will allow reuse of concrete building elements and components.

The cement-making process can be divided into two basic steps: 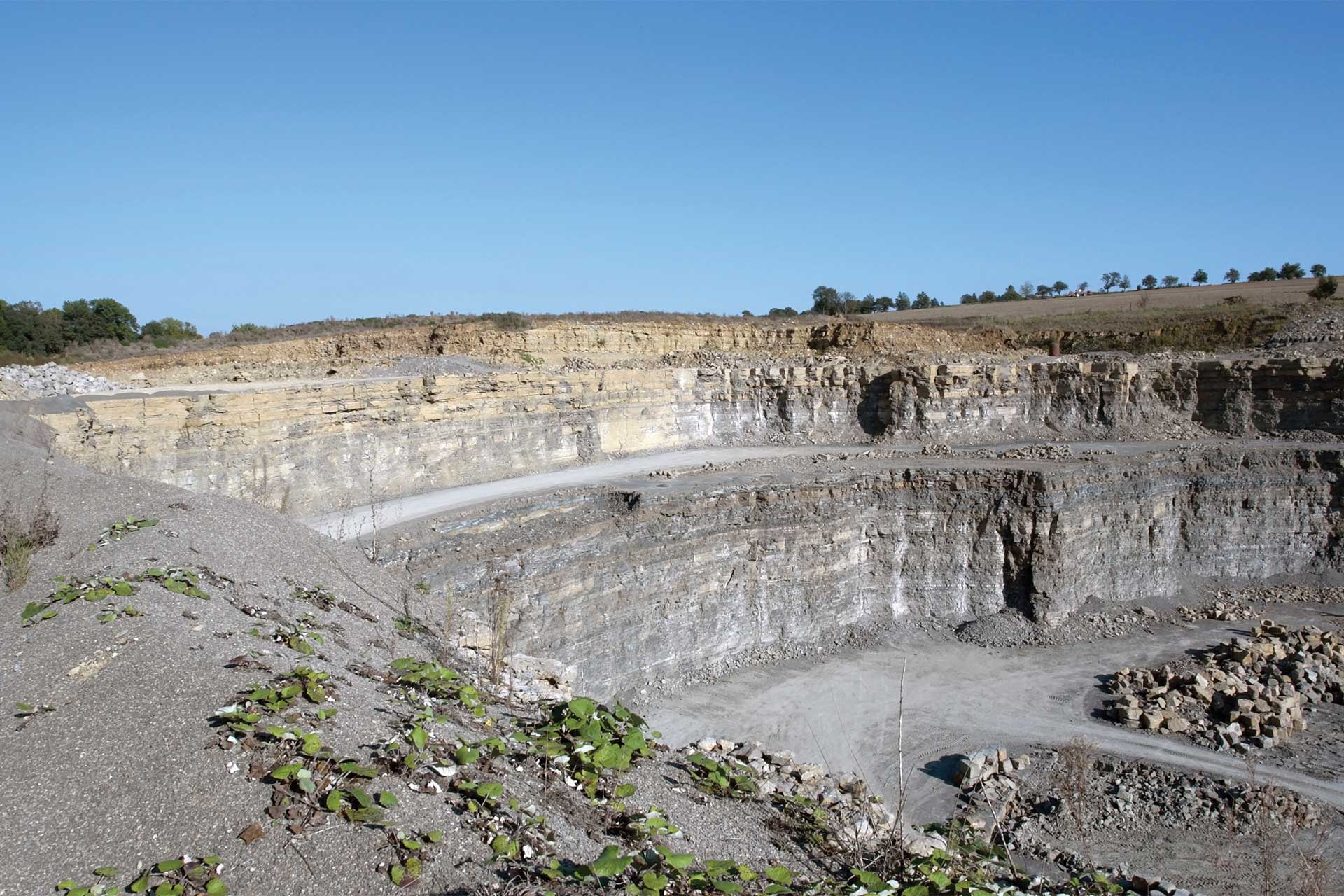 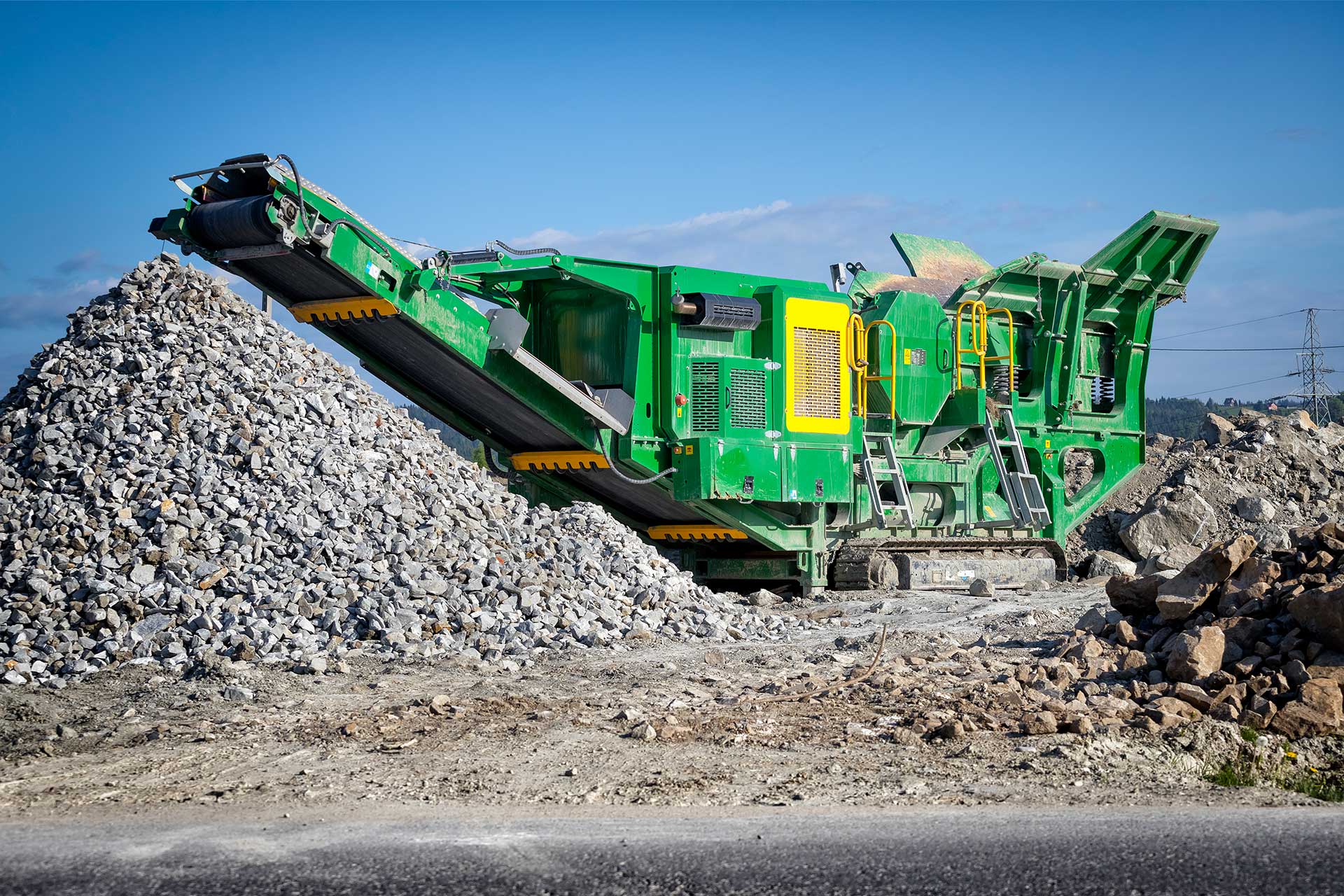 Raw material is quarried and transported to primary/secondary crushers and broken into 10cm pieces. 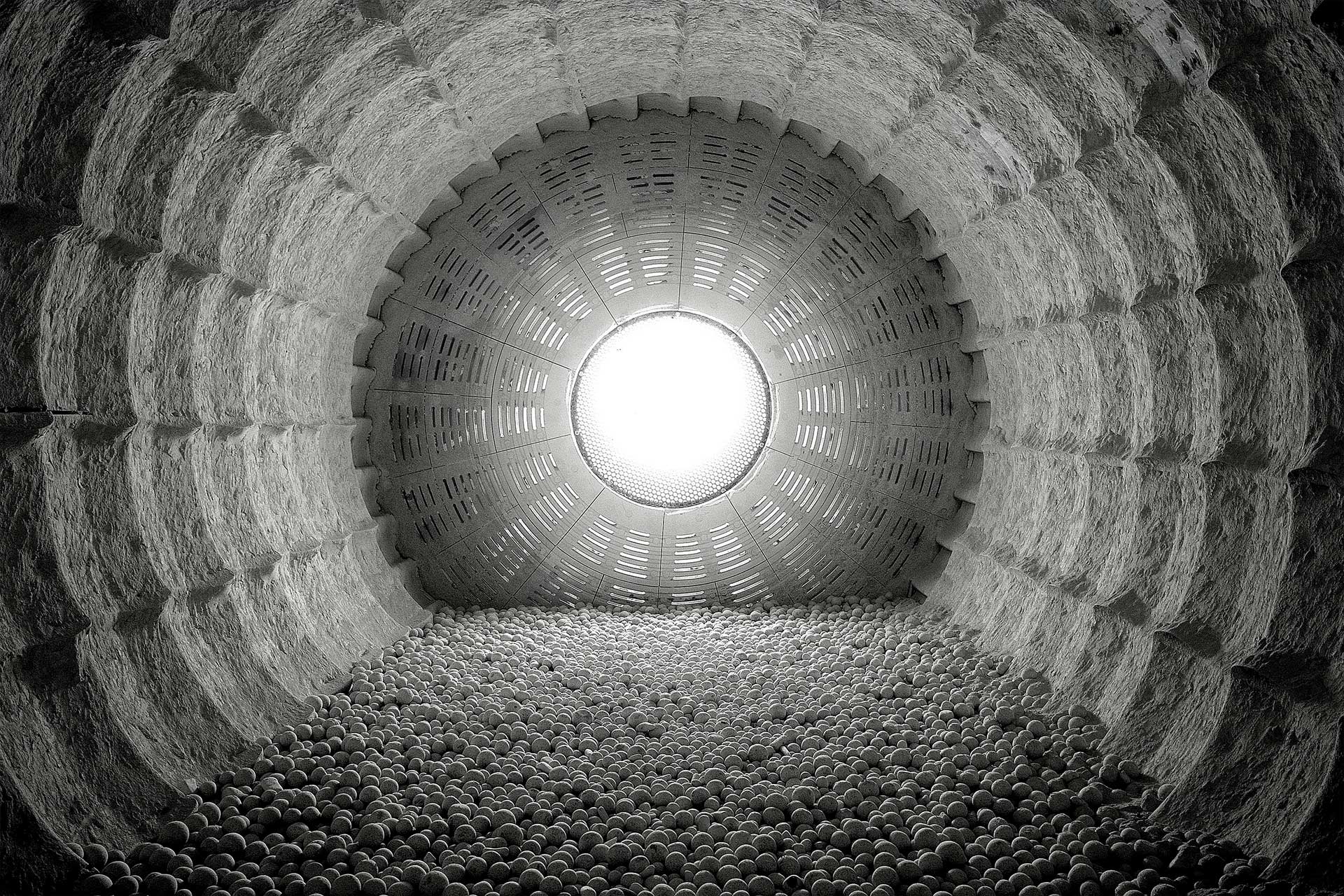 Hot exhaust gases coming from the kiln preheat the powdered raw meal before it enters the kiln. A preheater consists of a series of cyclones through which the raw meal is passed by swirling hot flue gases in the opposite direction of the material flow. In these cyclones, thermal energy (heat) is recovered from hot flue gases with the benefits that the raw meal is preheated, the efficiency of the process is improved and less fuel is needed. Depending on the raw material moisture content and heat recovery requirements, a kiln may have up to six stages of cyclones, with increasing heat recovery at each extra stage.

Calcination is the transformation of limestone into lime. Part of the high temperature reaction in modern installations takes place in a ‘precalciner’, a combustion chamber at the bottom of the preheater above the kiln, and partly in the kiln. Here, the chemical decomposition of limestone, generating typically 60% of total CO2 emissions of the cement manufacturing process occurs. Fuel combustion generates the rest of the CO2. 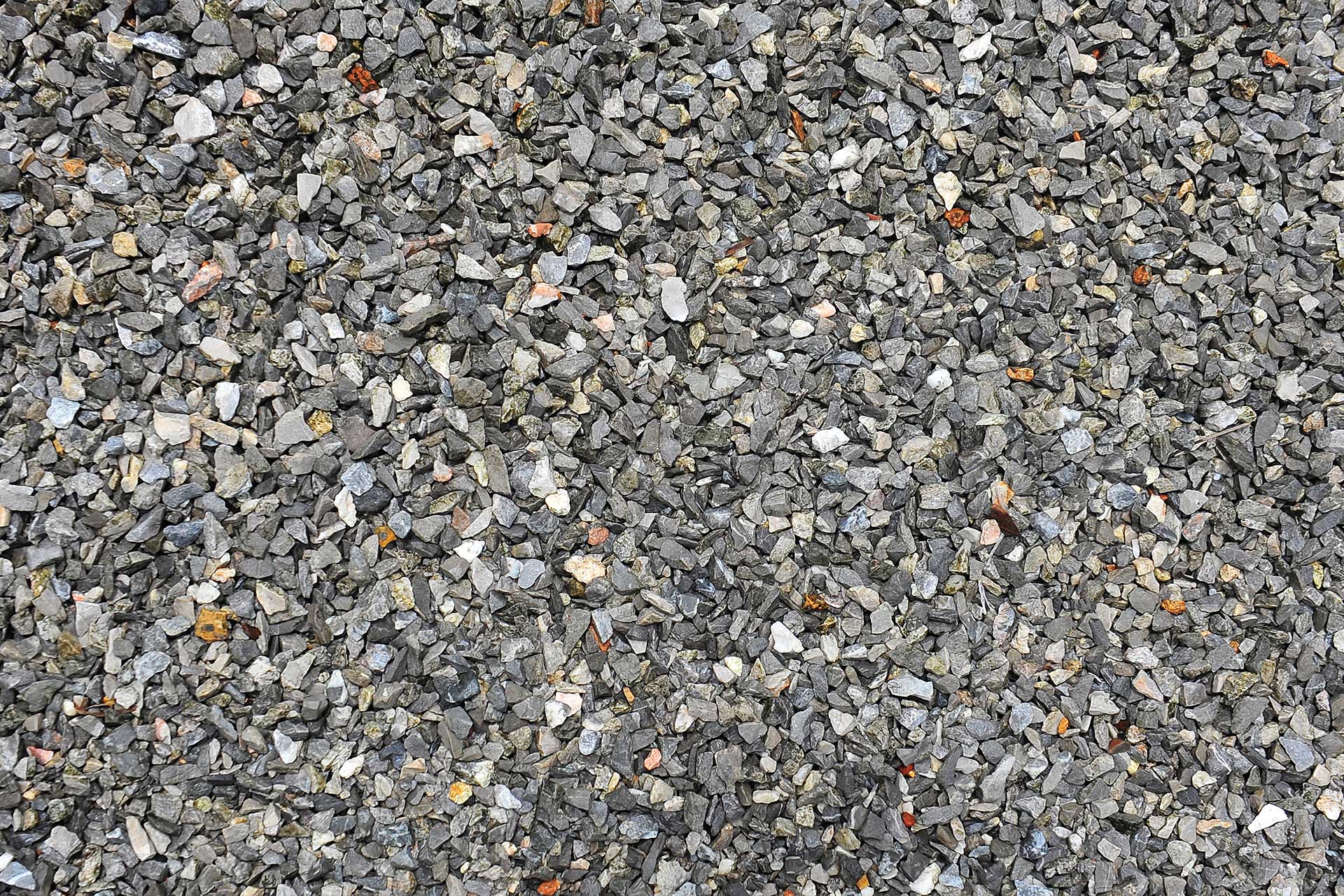 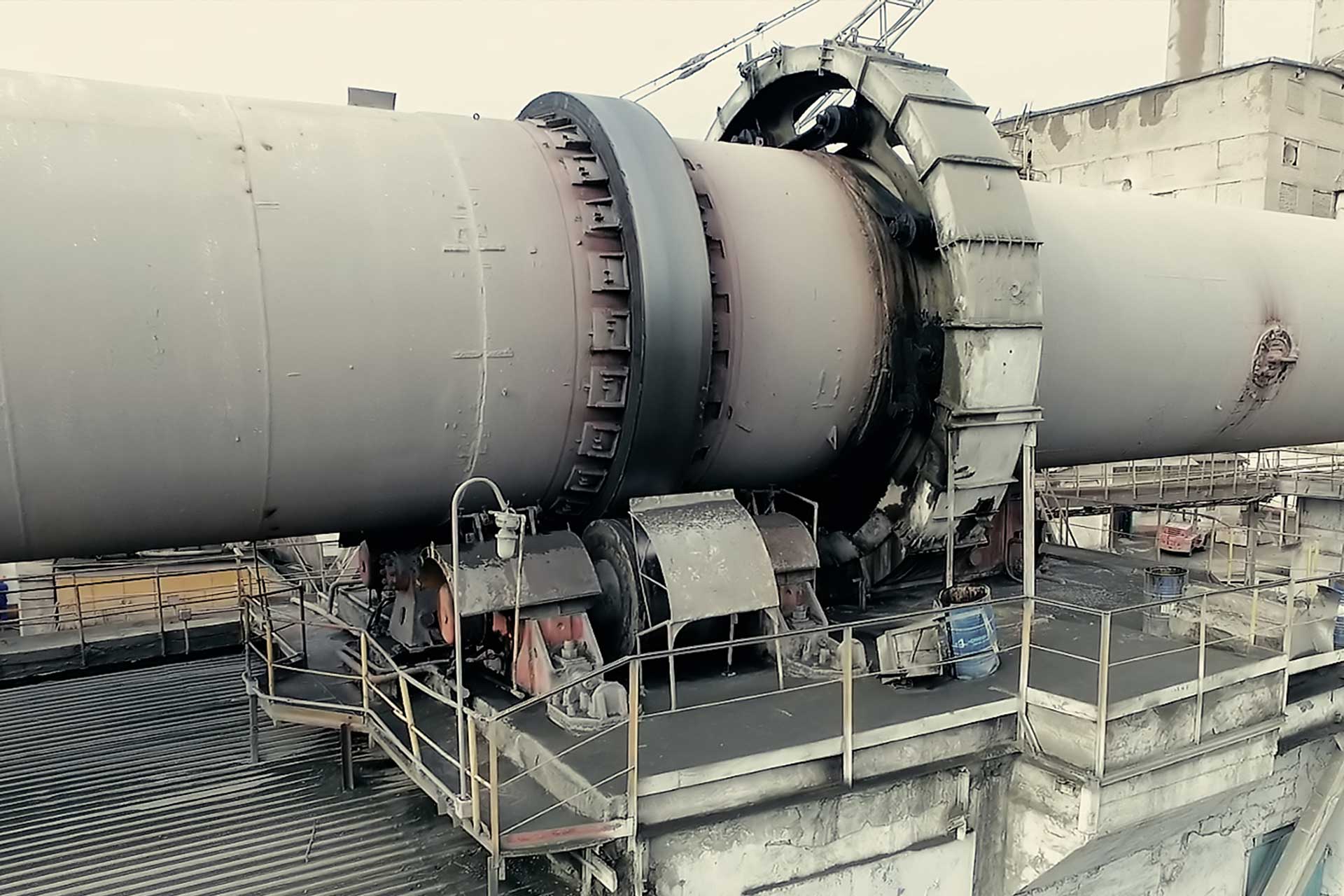 CLINKER PRODUCTION IN THE ROTARY KILN

Precalcined meal then enters the kiln at temperatures of around 1000°C. Fuel (such as coal, petroleum coke, gas, oil and alternative fuels) is fired directly into the rotary kiln at up to 2000°C to ensure that the raw materials reach material temperatures of up to 1,450°C. The kiln (a brick-lined metal tube 3-5 metres wide and 30-60 metres long) rotates about 3-5 times per minute, and the raw material flows down through progressively hotter zones of the kiln towards the flame. The intense heat causes chemical and physical reactions that partially melt the meal into clinker. There are older, much less efficient technologies, for example wet kilns into which raw material is fed as wet slurry and not as powder (as is the case in dry kilns). However, wet kilns have almost been phased out and today over 90% of European cement clinker is produced in dry kilns.

From the kiln, the hot clinker is cooled using large quantities of air, part of which can serve as combustion air. Coolers are essential for the creation of the clinker minerals which define the performance of the cement. In this process, the combustion air is preheated, thereby minimising overall energy loss from the system. Clinker is usually used on site but can be transported by truck, train or ship to other grinding plants. 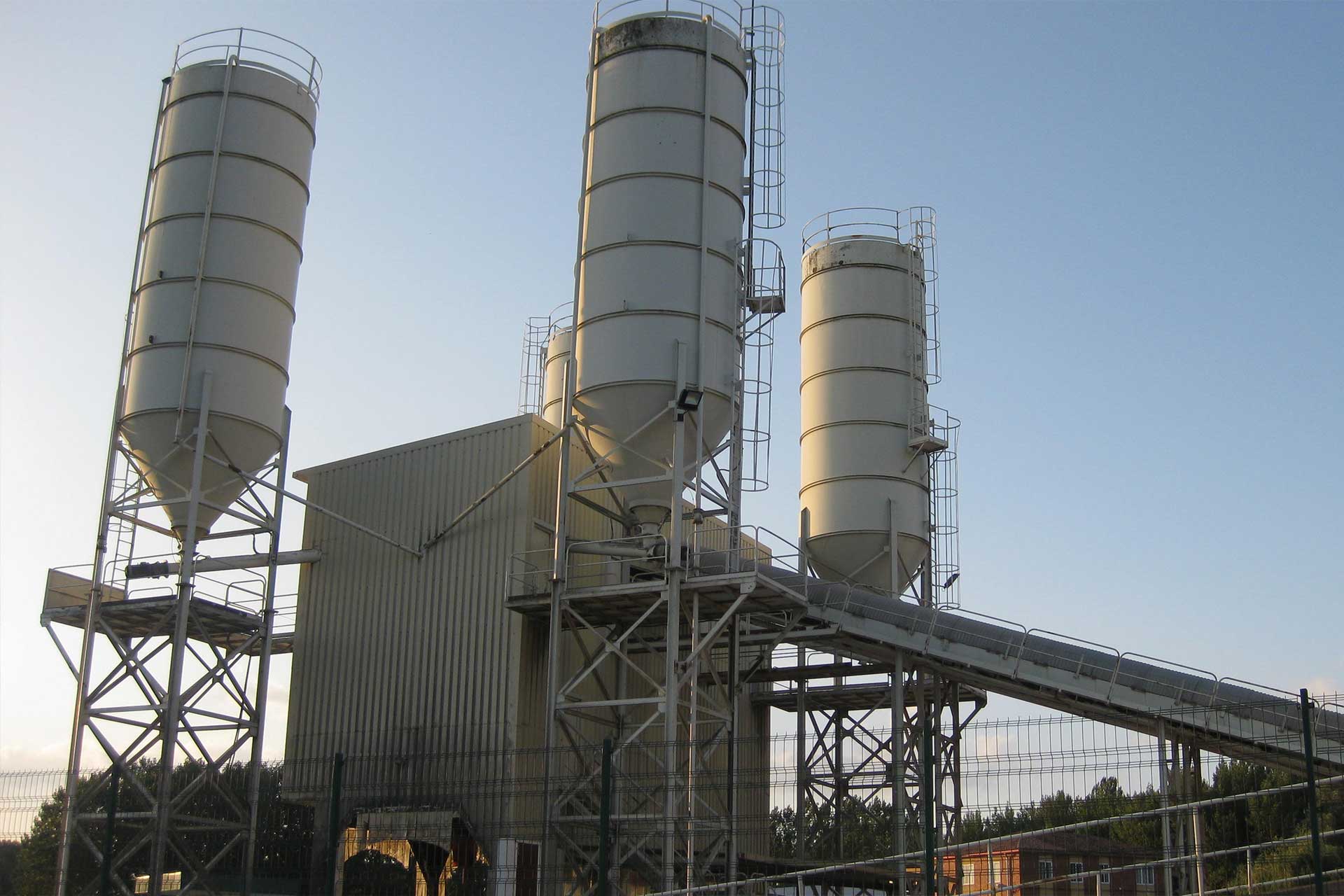 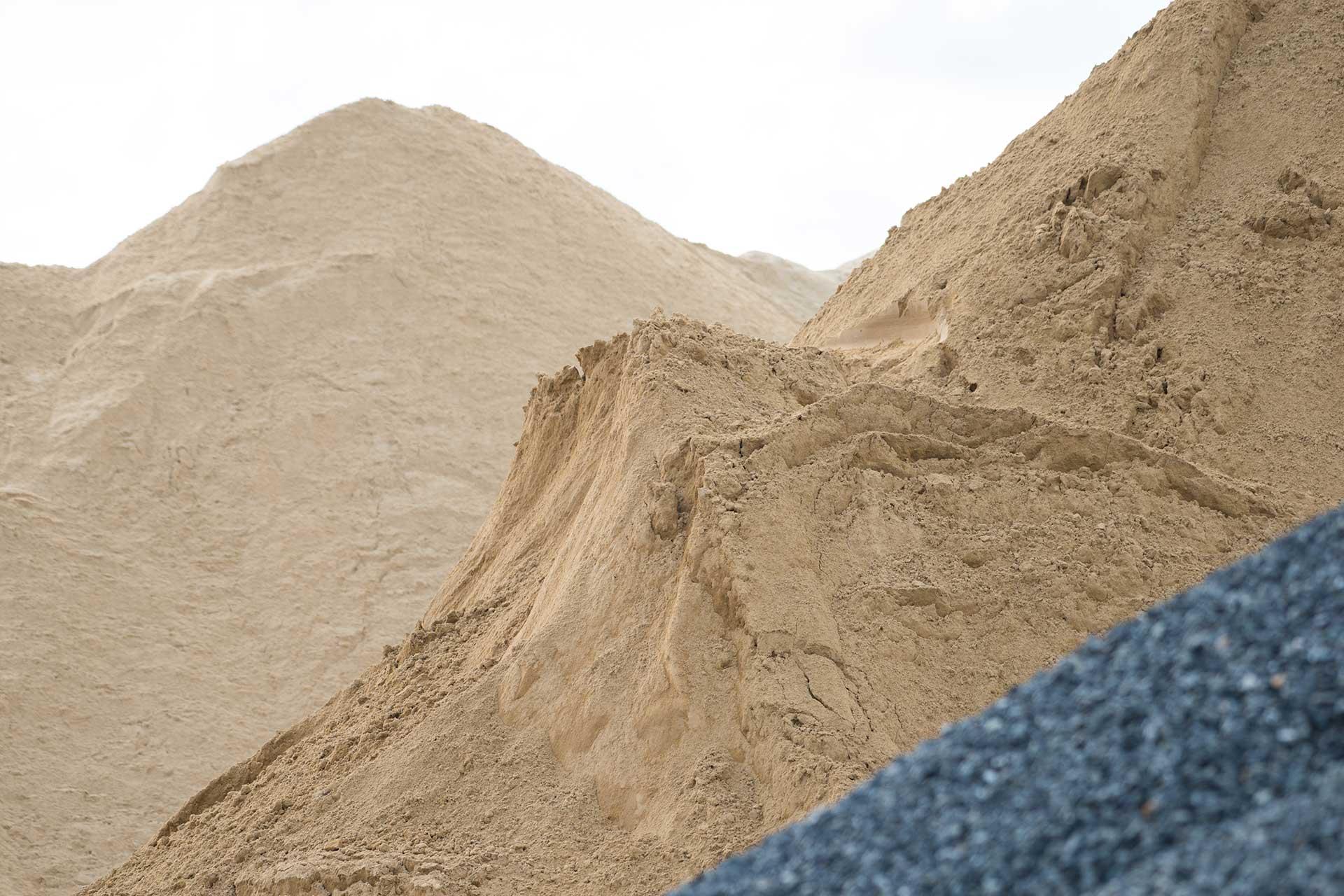 Around 4-5% gypsum is added to clinker to control the setting time of the final cement. The cooled clinker and gypsum mixture is ground into a grey powder called Ordinary Portland Cement (OPC), or can be ground with other mineral components to produce, for example, Portland Composite Cements (PCC). Traditionally, ball mills have been used for grinding, although more efficient technologies like roller presses and vertical mills or combinations thereof are used in many modern plants today.

Cement may also be mixed with other finely ground mineral components, such as considerable amounts of slag, fly ash, limestone or other materials to replace part of the clinker, thereby often achieving a significant reduction of the CO2 emissions. 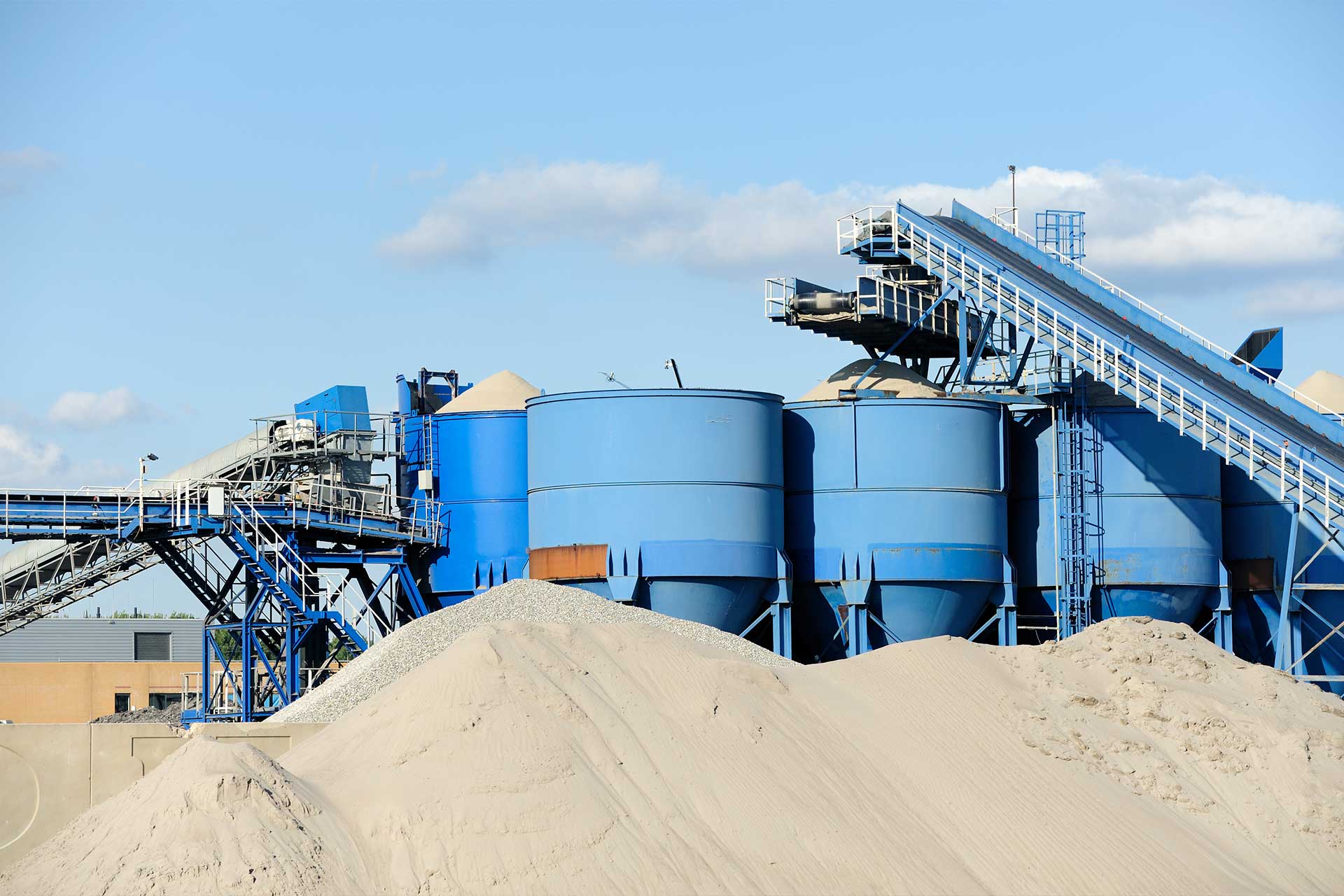 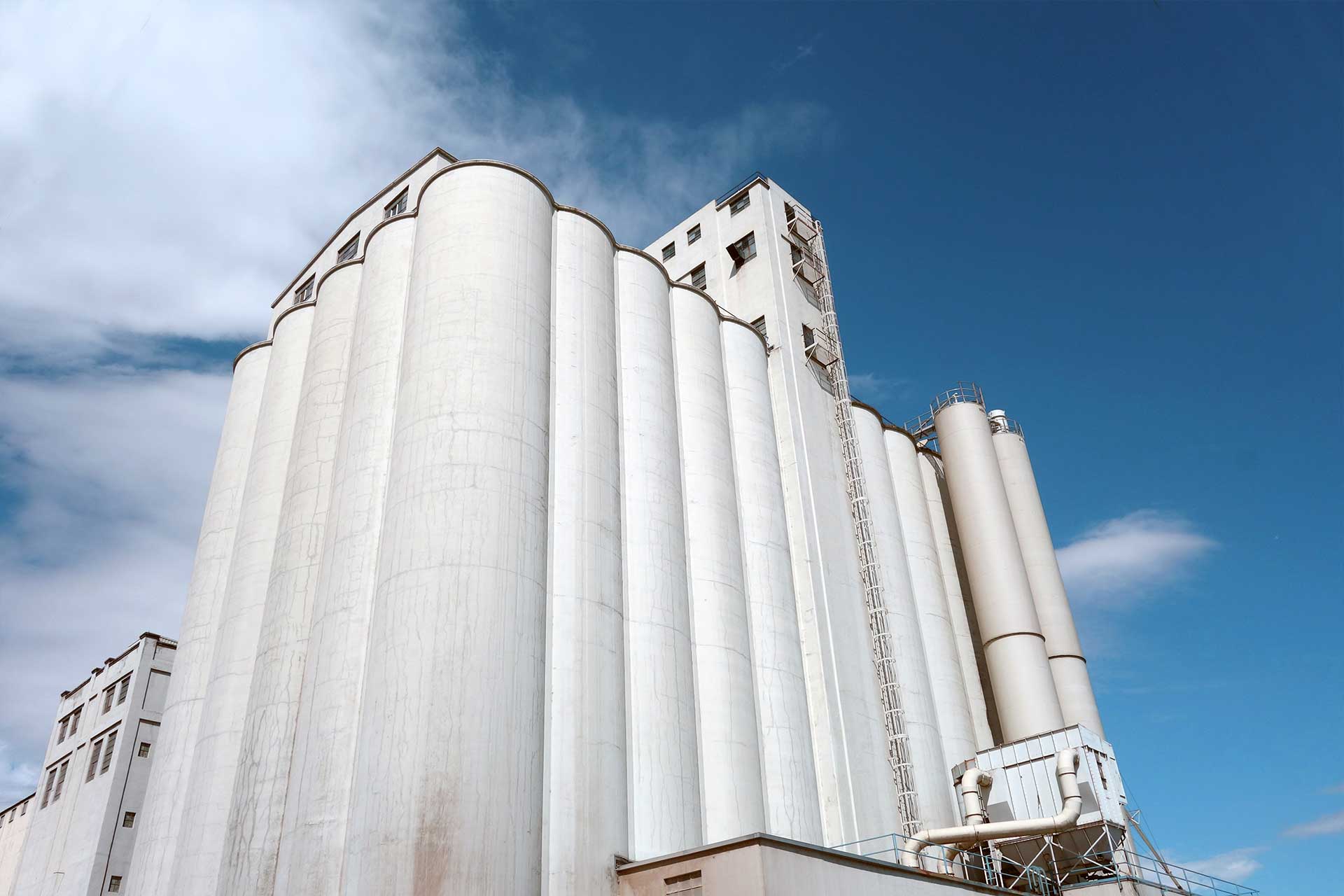 The final product is homogenised and stored in cement silos and then dispatched to either a packing station (for bagged cement) or to a silo for transport by water, road or rail.

Decide which cookies you want to allow. You can change these settings at any time. However, this can result in some functions no longer being available. For information on deleting the cookies, please consult your browser’s help function. Learn more about the cookies we use.

With the slider, you can enable or disable different types of cookies: